Tolu Balsam is a very useful natural fixative as well as a lovely base-note in its own right, but it isn’t the easiest of materials to handle.  It comes from the South American tree Myroxylon balsamum.

It is used to fix materials such as juniper, petitgrain, spices and florals of many kinds and frequently forms a key component of oriental and chypre styles of perfume.

Arctander describes it as: "a brown, orange-brown or dark yellowish brown mass, brittle when cold, and the fracture is glasslike or flintlike. Its odor is sweet-balsamic, cinnamic in type, faintly floral and with an undertone of vanillin.” and at normal UK temperatures it’s certainly rock-hard and behaves rather like a chunk of Brighton Rock when it’s broken.


So to make it practical to handle it needs to be diluted in a suitable solvent - it’s often sold already diluted in this way though the dilution isn’t always declared nor the solvent named - I bought a pure Kg recently and diluted it ready for use in TEC (tri-ethyl citrate) in a process that turned out to be both quite involved and to produce some fun images, so I thought I’d write it up here.


The first job was to get the Kg of rock-like Tolu Balsam soft enough to pour out of its container, which I did by sitting the container in a bain-marie and boiling the water beneath it: this took a few hours before the material was fully liquid.  Meanwhile a pre-weighed out amount of TEC was heated on my heater-stirrer with a stirring bar already in the bottom of it (if you don’t heat the solvent as well the tolu will go hard again as soon as it hits the cool liquid and takes much longer to go into solution).

The next step is to pour the hot, liquid tolu into the pre-warmed solvent (insulated gloves are called for for this step of course).  At this point we realised that there was a photo opportunity as the resulting non-yet-mixture looked like an alien landscape.  The tolu settled to the bottom of the solvent and the application of glass rods was necessary to get it to start dissolving as it was much too sticky for the automatic stirrer at that stage: as those went in it started to look like one of those scenes from the Alien series where the creatures start unfolding from the cave walls . . .

This is all being done in a three litre glass beaker and as you can see in the later pictures the manual stirring took some time before we could leave the automatic stirrer to get on with the job on its own and the balsam tended to dry on the glass very quickly too.

The cling film you can see was to minimise loss of aromatic quality as this was all being done hot, although with such a high-boiling material and high-boiling solvent that isn’t a big concern.

Eventually it reached the stage where it was liquid enough for the automatic stirrer to do its stuff and with the stirrer on a low setting it was left overnight to complete the mixing, kept at a constant 60 degrees centigrade by the integral heater.  By morning it was fully mixed to form a dark brown, consistent, mobile liquid and here you can see me concentrating hard as I pour it into a (slightly pre-warmed) 3Kg glass reagent bottle. The bottle is on the scale so that I can check the amount that’s gone into it for stock control purposes.

We even captured a little video of that part of the process, which gives you a clear idea of the consistency once it’s finished:


A few chips and flakes were left over from the mixing process and these were put into a plastic jar  - the picture at the top of this post is of those, a few weeks later by which time they have merged together to form a single solid but uneven lump, much like that with which the whole process started.

Clearance Bargain Ingredients - only one of each!

From time to time people order perfumery ingredients from me and, either because they say they are in a hurry or just because I’m trying to keep ahead of things, I make up the order before they pay . . . then sometimes they don’t pay, either because they changed their minds, ran out of money or perhaps because it was just a wind-up or a fantasy...

Whatever the case I put the material aside to include in a future order but one way and another the storage shelf has become rather cluttered with these orphans, so I’ve decided it’s time to shift them, so here’s your chance to snag yourself a serious bargain:

Note that in each case what’s on offer is the specific size indicated: if you wanted another size they are all on the list (except Rum Acetal which I no-longer stock), but then you don’t get the benefit of the special clearance price.  Note 13/3/15: Just added Musk Ketone, pre-dissolved in benzyl benzoate and ethanol - a real bargain as it’s notoriously hard to get into solution - and another one I no-longer stock having changed over to IFF’s Musk Ketone Replacer.

UK Shipping on these is, as usual for ingredient sales, at the flat rate of £9.50 however many or few you buy.  If you’re anywhere else in the world, I’ll have to quote.

If you want to combine these with an order from the main lists that’s absolutely fine, but pay for these first or you might miss them while you’re browsing through the 300 other materials on offer!

Payments by PayPal or fast Bank Transfer please to secure them: Send an email to enquiry@pellwall-perfumes.com saying what you want and where you are.  I’ll process those in the order they arrive.

Order quickly to avoid disappointment!
Posted by Chris B at 12:35 2 comments

Email ThisBlogThis!Share to TwitterShare to FacebookShare to Pinterest
Labels: DIY, ingredient, Making your own perfume, special offers from Pell Wall 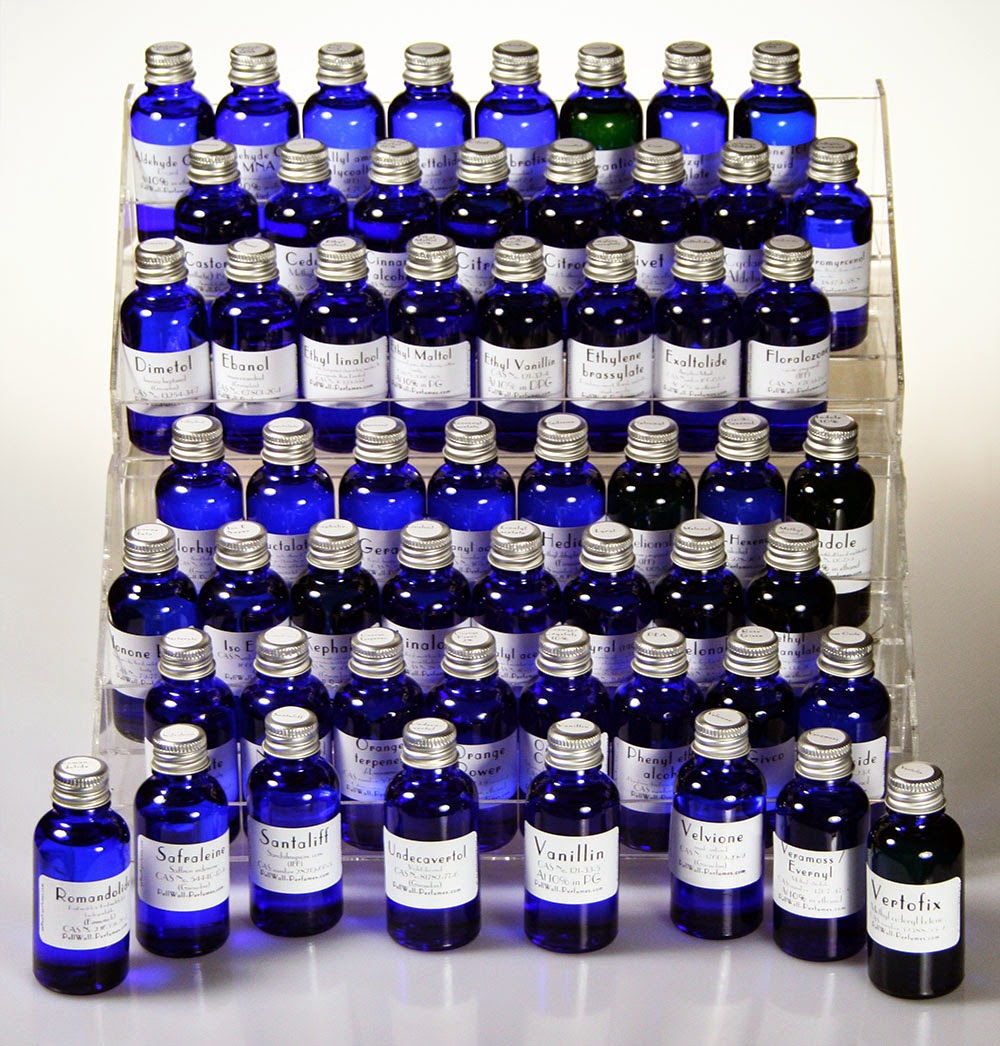 The March issue of my Ingredients List is now online and the list now features some 300 materials, both natural and synthetic, with some very exciting new additions and a spectacular price reduction on one material thanks to some help from a friend in the US.

There are two versions of the list on the website and both can be downloaded or printed for easier reading as well as browsed directly on the site itself.  The first features descriptions of the odours and uses of the materials both from their manufacturers and from me.  I’m expanding this aspect all the time and there are new write-ups included since the last release in January.

But if you just want to compare prices with other ingredient suppliers you’ll appreciate the second list more - it’s just product names, CAS numbers and prices presented in tabular form:


Among the new additions you’ll find several new naturals such as labdanum absolute, orange flower absolute and violet leaf absolute - all among my favourite ingredients to use, though not cheap I’m afraid. 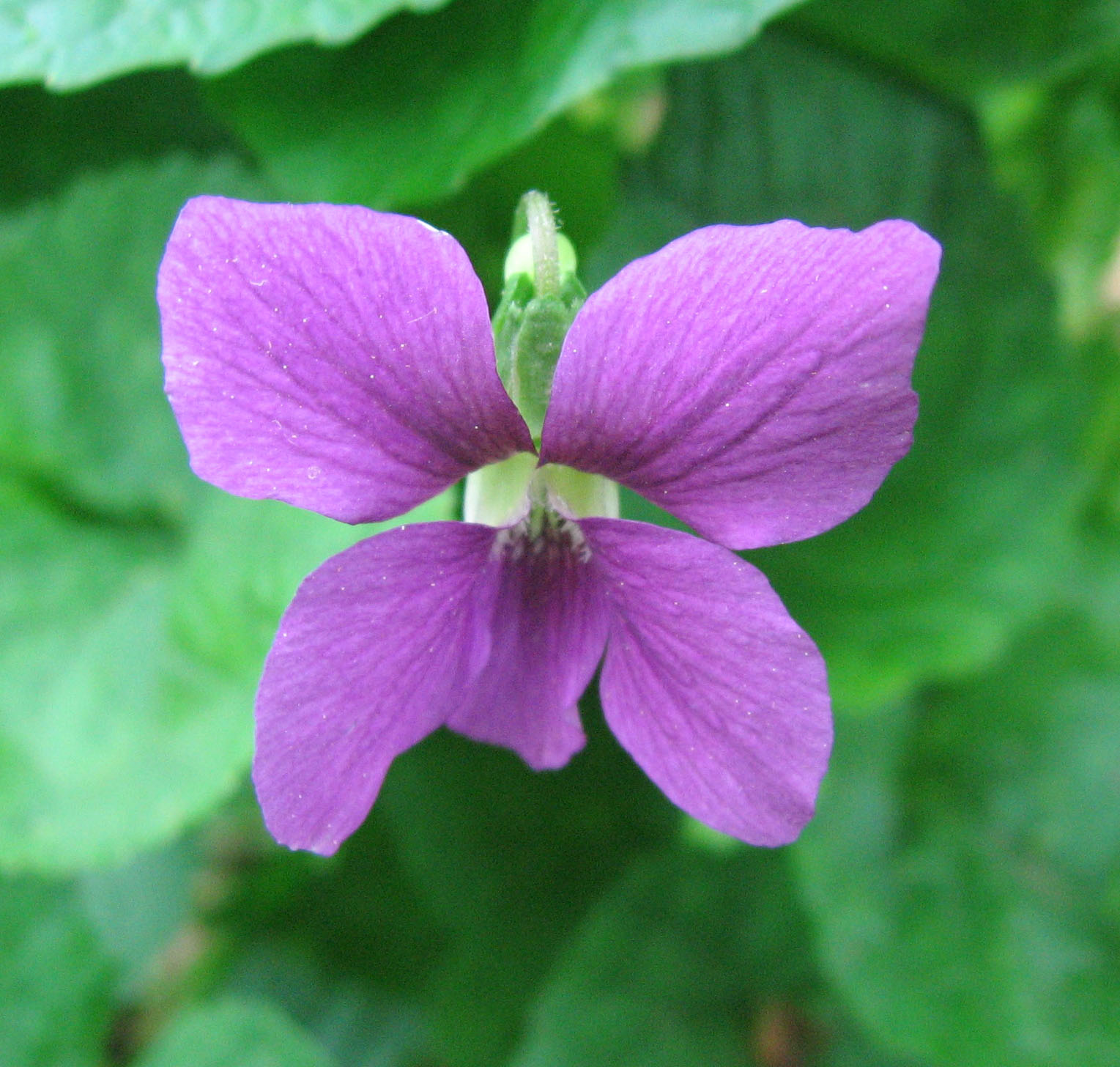 Speaking of cheap, that big reduction is for Centifolether - down from £52 for 100ml to just £22.  Also very good value is a new musk I’m offering for the first time that you don’t see about much called Zenolide: it’s a great material, as good as some of it’s better known brothers yet almost as cheap as Ethylene Brassylate so you can use it freely.  £17 for 100ml.

But if you want to find out what all the other new things are, you’ll just have to take a look at the lists :-)