Interesting article exploring how research into the way the sense of smell works has applications for wider human health.  Included is a well-written explanation of the prevailing theory of how smells are perceived.

Email ThisBlogThis!Share to TwitterShare to FacebookShare to Pinterest
Labels: education, nature of smell

An interesting article featuring the work of Steve Pearce, a British perfumer, who also happened to give one of the best presentations at this year’s BSP symposium, to recreate the distinctive smell of space for NASA to use in astronaut training. 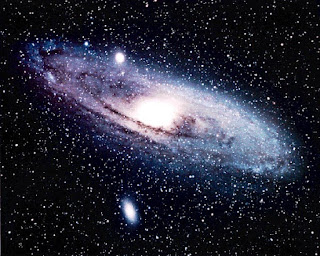 Here you can also read an interview with Steve Pearce on the subject published on Discovery.

Bitter Almond Oil is one of those curious perfumery ingredients that isn’t at all what it appears to be: it almost certainly won’t have been made from almonds, bitter or otherwise, isn't bitter and may be natural or synthetic.
What is called Bitter Almond Oil and was originally and is still occasionally made from bitter almond kernels - Prunus amygdalus Amara - is now more usually made from apricot, plum, cherry or peach kernels (or by synthesis from various pre-cursors, most commonly toluene). It consists of about 99% Benzaldehyde whether made from a natural or a synthetic source, and may be sold as Bitter Almond Oil in either case.

When almonds are used it is the press-cake remaining after extraction of the fixed almond oil that is the starting point which is macerated in warm water prior to extraction. A substance called Amygdalin, present in all the kernels mentioned, is converted by enzymatic action into benzaldehyde and hydrocyanic acid (what is commonly called cyanide when people are talking about the poison, once also called Prussic Acid). There is enough cyanide present in about 10 drops of the crude oil to kill an average person, and it is poisonous by ingestion and by inhalation, so the oil is quite useless at this point as a flavour or perfume agent. The process is nearly identical when it is made from the kernels (stones) of apricots, plums, cherries or peaches.


As an aside, amygdalin is also present in apple pips, so far as I know they have never been used as a commercial source of the oil, but if you’ve ever heard that apple pips are poisonous, now you know why.  In practice they don’t contain cyanide unless they are crushed up and fermented and tend to pass through the human gut whole, so if you’re in the habit of eating your apples core-and-all you’re not likely to come to any harm.

The crude oil is cleaned by alkali washing and rectification resulting in the nearly pure benzaldehyde that is sold widely as Bitter Almond Oil. Oddly enough it’s main use in flavouring is as a sweetener - so not only is in not usually made from almonds but it isn’t bitter either! The odour is familiar to most people as marzipan, which was traditionally made with about 1% bitter almond kernels ground up with the sweet almonds into a paste. Now it is more likely to be made with all sweet almonds and some benzaldehyde added to flavour it.

According to Arctander, Hydrocyanic acid smells rather similar to Benzaldehyde - though I don’t recommend testing that assertion.

Arctander also has this to say about the natural vs synthetic origins of the oil:

Bitter Almond Oil is very rarely produced from bitter almonds. If the oil is a natural distillate at all, it is most often produced from other kernels (see above). A large part of all the so-called bitter almond oil in the market is actually a refined synthetic benzaldehyde, supposedly free from chlorine. The labelling FFPA stands for “free from prussic acid” (old name for hydrocyanic acid). The abbreviation FFC means “free from chlorine”, and is obviously applied to synthetic products.
He goes on to say that some of the imitations of the natural distillate contain traces of (deliberately added) hydrocyanic acid and if completely free of chlorine, are thus identical with the natural product. I’ve no idea whether this kind of adulteration continues today, but it seems likely.

Benzaldehyde by the way isn’t very stable and tends to turn into Benzoic acid (white crystals that are essentially odourless) on exposure to air and consequently it is often sold with some ethanol added to improve stability.

Benzaldehyde is highly volatile liquid: a top note if you use it in perfumery and isn’t all that widely used. I happen to have some at the moment because one of the things I’m researching is a lilac fragrance, in which it is a component.


A draft of this material appeared on the fragrance discussion forum Basenotes in this post.

A Jubilee Pageant, 1953 and the Coronation

On July 12th 2012 Her Majesty the Queen will be attending a Pageant in Shropshire in honour of her 60 years as Queen.  Pell Wall Perfumes will be there too and it seemed the perfect occasion to release a fragrance I've had in development for a while.

I'm calling it '1953' - after the year of the coronation - that's because among many special things involved in the ascension to the throne of a British monarch perhaps the most special is the anointing - according to Wikipedia British Monarchs are the only ones still anointed as part of the ceremony and it is done with a specially made Coronation Oil - the ingredients for which have been similar since the 12th Century and include ambergris, civet, rose, jasmine, orange flower, cinnamon, musk and benzoin.

1953 by Pell Wall Perfumes includes all those fine ingredients (though for ethical reasons I'm using synthetic substitutes for civet and musk) in the very best qualities to be found.   I've then adapted them into a very long-lasting, easy to wear and highly concentrated Parfum for the 21st Century, presented in a diamond-clear heart-shaped flask, complete with it's own crystal stand.

Just twelve of these magnificent gifts will be made for sale on the day of release, with further small releases planned including Christmas 2012, the anniversary of the coronation itself on 2nd June 2013 and finally for Christmas 2013 - after that 1953 will be available only to special order.
Posted by Chris B at 07:59 2 comments